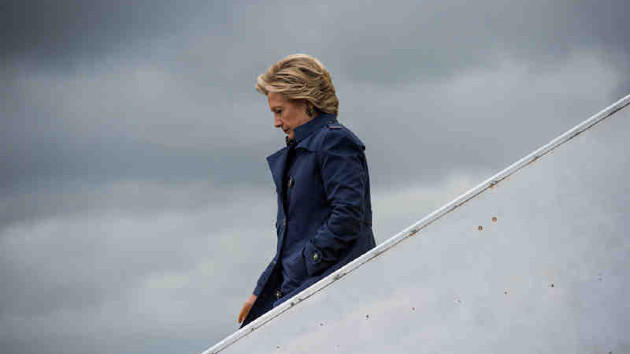 Barbara Kinney(LOS ANGELES) — Hillary Clinton is gearing up for the release of her upcoming Hulu documentary, Hillary. The former secretary of state and Democratic presidential candidate was on hand at the Television Critics Association winter press tour Friday to discuss the four-part documentary, which covers, among other things, the contentious 2016 election.

Being that 2020 is an election year, Clinton had some choice words for the Trump administration, as well as some advice for Democratic voters.

“We’re in a real struggle with a form of politics that is incredibly negative, exclusive, mean-spirited, and it’s going to be up to every voter, not only people who vote in Democratic primaries, to recognize that, you know, this is no ordinary time,” Clinton told reporters. “This is an election that will have such profound impact. So take your vote seriously.”

She advised Democratic voters to “try to vote for the person you think is most likely to win,” saying that, ultimately, that’s what will matter.

“So I want people to take their vote really, really seriously because Lord knows what will happen if we don’t retire the current incumbent and his henchmen, as [House Speaker] Nancy Pelosi so well described them yesterday,” Clinton said.

Hillary will premiere at the Sundance Film Festival on January 25, and debut on Hulu March 6.