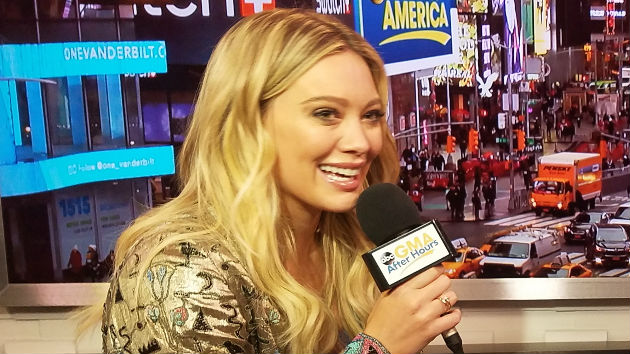 After shooting two episodes of the revival, slated to air exclusively on the Disney+ streaming service, showrunner Terri Minsky exited the production.  Unconfirmed reports from Variety state that it was due to Minsky desiring a more “adult version” of Lizzie, since the main character was going to be in her 30s navigating life in New York City.

However, since Disney+ is geared toward a much younger audience, the series reportedly needed to be more “family-friendly.”

On Friday, Hilary opened up about what she thinks of the series revival, saying she was “incredibly excited to launch Lizzie on D+ and my passion remains.”

Duff then explained she feels “a huge responsibility to honor the fans’ relationship with LIZZIE who, like me, grew up seeing themselves in her.”

She further added that she broke her silence because “I’d be doing a disservice to everyone by limiting the realities of a 30 year old’s journey to live under the ceiling of a PG rating.”

Lizzie McGuire ran between 2001 and 2004 on Disney Channel, starring a then-teenage Duff as Lizzie, an awkward middle schooler trying to become popular and find her place.

“It’s important to me that just as [Lizzie’s] experiences as a preteen / teenager navigating life were authentic, her next chapters are equally as real and relatable,” wrote the “So Yesterday” singer.

However, she sees a possible solution that could satisfy everyone.  “It would be a dream if Disney would let us move the show to Hulu,” she proposes.  “And I could bring this beloved character to life again.”

As of now, the fate of the show remains unknown and a new showrunner hasn’t been announced.