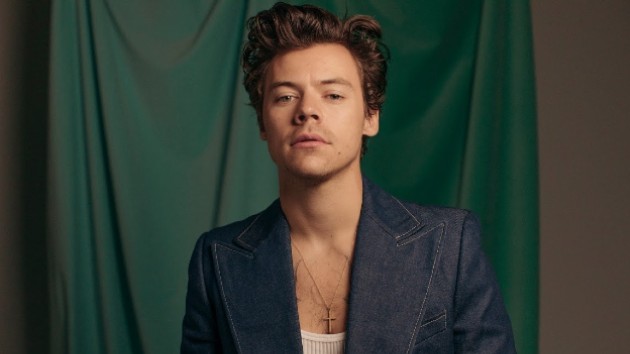 hélène marie pambrunNext month, Harry Styles and Lewis Capaldi will both be hitting the stage at the BRIT Awards, the U.K. equivalent of the Grammys.

The two men have been announced as performers on the show, which takes place February 18 at the O2 Arena in London.  Lewis is tied with rapper Dave for the most BRIT nods this year — four — including Male Solo Artist, Best New Artist, Song of the Year and Album of the Year, for Divinely Uninspired to a Hellish Extent.

If he wins, these will be Lewis’ first BRIT Awards.  He’s also nominated for a Grammy Award for Song of the Year; he’ll find out January 26 if he’s a winner.

Harry is up for Male Solo Artist of the Year and Album of the Year, for Fine Line.  As a solo artist, he’s already won one BRIT Award, Video of the Year for “Sign of the Times.”  With One Direction, he won six, as well as a special Global Success Award.

Billie Eilish will also perform on the BRIT Awards: She’s up for International Female Solo Artist category, along with Lana Del Rey, Ariana Grande, Lizzo and Camila Cabello.  Ahead of that performance, she’ll appear at the Grammy Awards, where she has six nominations.