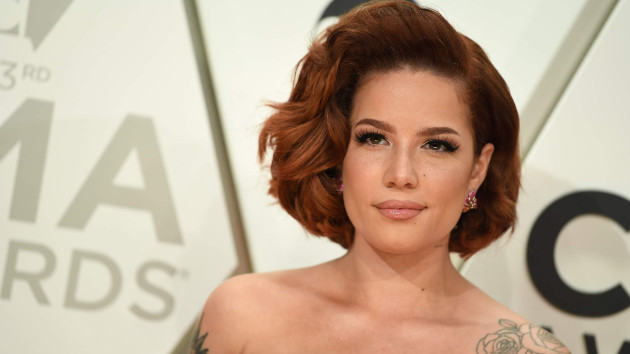 ABC/Image Group LAWe know Halsey’s past relationships have inspired some breakup songs, namely her biggest hit, “Without Me,” about her split from G-Eazy. But in a new interview with Apple Music’s Zane Lowe, the singer admits she’s only ever written a love song about one guy.

The song is “Finally // beautiful stranger,” off her new album, Manic.  She wrote it while she was still with her ex, British rocker Yungblud.

“I was dating Dom,” she shares, using Yungblud’s birth name, Dominic Harrison. “I was really happy. I was really happy with my life. I was thinking about the night that he and I met because I had told the story so many times.”

Halsey says she put pen to paper and wrote her first love song ever. “And I’d never written a love song before,” she adds. “Not one without a punchline.”

“It’s just a nice song,” she says. “It’s about feeling safe and like you can trust love.”