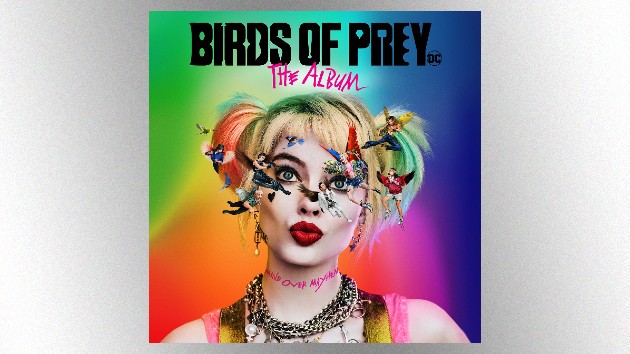 Atlantic RecordsEarlier this week, Normani confirmed that she’d be featured on the Birds of Prey movie soundtrack album, and Halsey seemed to tease that she would be too.  Well, now it’s confirmed.

A song by Halsey, “Experiment on Me,” is included on the superhero movie soundtrack, as is a track called “Invisible Chains” by Normani’s former Fifth Harmony group mate Lauren Jauregui.  As previously reported, Normani’s track, “Diamonds,” is a collab with Megan Thee Stallion.  The video and song — which interpolates Marilyn Monroe‘s “Diamonds Are a Girls Best Friend” — are streaming now.

In other Halsey news, she’s just released “You Should Be Sad,” a track from her upcoming album Manic.  It comes with a very sexy video whose imagery very obviously features Halsey paying tribute to other top female singers, including Shania Twain, Lady Gaga, Carrie Underwood and Christina Aguilera.

As for the song, it’s a kiss-off to an ex, which finds Halsey singing, “You’re not the half the man you think you are/and you can’t fill the hole inside of you with money, drugs and cars/I’m so glad I never ever had a baby with you/’cause you can’t love nothing unless there’s something in it for you.”

Asked on Twitter what inspired the country feel of the song, Halsey wrote, “The most petty and heartbreaking songs all come from country…Lots of time in Nashville too.”

Halsey’s the musical guest on the first new SNL of 2020, airing January 25 with host Adam Driver.