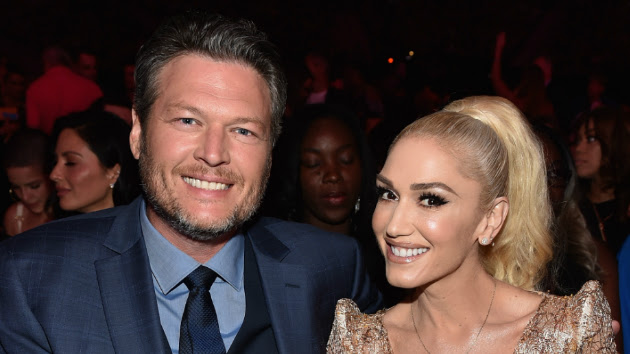 John Shearer/Getty Images via ABCGwen Stefani’s ready to tie the knot with Blake Shelton, even if her earlier marriage to rocker Gavin Rossdale isn’t annulled by the Catholic Church, according to Us Weekly.

The magazine’s previously reported that Gwen’s been trying to have her former union annulled for the past year, and that’s what’s been keeping her from making her four-year relationship with Blake official.

Now, a new article cites an insider who claims Gwen’s ready to proceed without the blessing of the Catholic Church, after Blake’s become “restless” and the issue’s caused some “tense moments.” The unnamed source also predicts a church ceremony in Beverly Hills, followed by a party at Blake’s Oklahoma ranch.

Us Weekly’s inside information also alleges that Gwen would very much like to have a child with Blake, adding that “if that doesn’t happen, Blake’s content with her three kids.” Gwen’s sons range in age between thirteen and five.

You can read more in the latest issue of Us Weekly, which is on newsstands now.