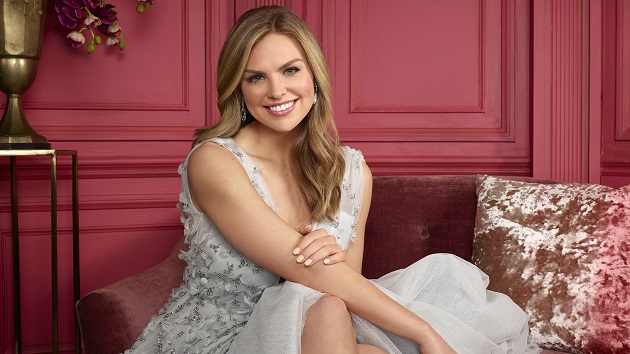 ABC/Ed Herrera(LOS ANGELES) — After winning Dancing with the Stars and breaking hearts on The Bachelorette, Hannah Brown should be a shoo-in for celebrity dating app Raya, right?  Wrong.

The 25-year-old comically revealed on Monday that the exclusive dating app is standing in her way of finding true love.

“Guys, I don’t know if you know this, but, I was The Bachelorette… and I can’t get on Raya,” Brown hilariously explained on her Instagram stories as friend Elyse Murphy giggled uncontrollably next to her on the couch.

“I’ve been on the waiting list for months now,” Brown confided with a wry smile before pointing the camera at Murphy to add that, not only did her friend get on Raya, but that “she’s a pastor!”

Murphy quickly clarified she’s off the app now, but sweetly offered to give Hannah her account.

“Nope, I’m done,” Hannah declared, revealing that she will instead pledge her membership to another exclusive dating website by cracking, “Christian Mingle, here I come.”

As Murphy explodes in laughter, Hannah quickly backpedaled on her assertion by sheepishly admitting, “I might not be allowed on Christian Mingle at this point.”

During Brown’s season of The Bachelorette, Hannah famously shut down former frontrunner Luke Parker when the two engaged in a heated argument about sex and religion.  During the exchange, Brown boldly challenged, “I have had sex…yeah! And Jesus still loves me.”

Turns out, Murphy agrees with Brown’s sentiment and assured her friend that, should Christian Mingle reject her account, it’s because “they don’t know the gospel.”

The two friends then hilariously distract themselves by looking up “Christian pickup lines” for Hannah’s forthcoming account.