SALEM, Ore. (AP) – Two trucks collided on an icy highway in western Oregon before dawn, killing both drivers and triggering a fire.

The Oregon State Police said the collision happened about 5:20 a.m. Monday on Highway 18 on a recently opened Newberg-Dundee bypass. Photos sent by the state police showed flames across the highway and firefighters on the scene. 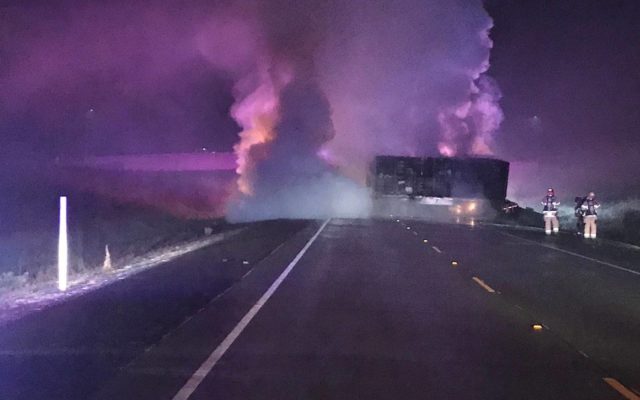 A car was also involved in the crash. The driver was taken to a hospital with minor injuries.

The state police said the icy road is believed to have contributed to the crash.