SEATTLE (AP) — In his first semester at Washington State University, Sam Martinez witnessed or took part in several activities that his family says was a pattern of hazing at Alpha Tau Omega (ATO), the fraternity he hoped to join.

Pledges were quizzed on the history of the fraternity and forced to eat raw onions if they answered incorrectly, and taken on camping trips where they were tackled and beat up. A week before Martinez died, each pledge was handcuffed to a female pledging a sorority and then locked in a room; the key was at the bottom of a vodka bottle the pair had to consume.

On the November 2019 night before Martinez died, he and another student consumed the bulk of a half-gallon of rum, cheered on by members of the fraternity. He became unconscious within two hours, but no one called for medics until 8:30 the next morning.

The details of the Bellevue 19-year-old’s death Nov. 12 and the events leading up to it are outlined in a lawsuit filed Friday by Martinez’s family that alleges WSU, the fraternity, its Pullman chapter and some specific members bear responsibility for his death, The Seattle Times reported.

Martinez, a graduate of Newport High School who loved to play sports and hoped to study business and entrepreneurship at WSU, died of acute alcohol intoxication. His death was classified as an accident by the Whitman County coroner.

Martinez’s parents have tried to get as much information as possible about the circumstances of that night – and advocated for sweeping changes to a system that they say is responsible for their son’s death. The wound is “as fresh and deep as the day police knocked on our door,” his mother, Jolayne Houtz, wrote in a Seattle Times op-ed. She sleeps next to his ashes each night.

“We are speaking up now, at the beginning of the school year, as parents and students are heading back to campus and thinking about the school year ahead,” said the former Seattle Times reporter. “We lost our son and I really can’t bear to think of any other sons or any other children being lost to the same thing.”

Houtz said the lawsuit, filed in King County Superior Court, is a call for reform in fraternities and colleges that allow fraternities to operate with little oversight. Greek organizations can have benefits, his father, Hector Martinez, said, noting that his son and other students had volunteered by giving out gifts to children just weeks before his death. 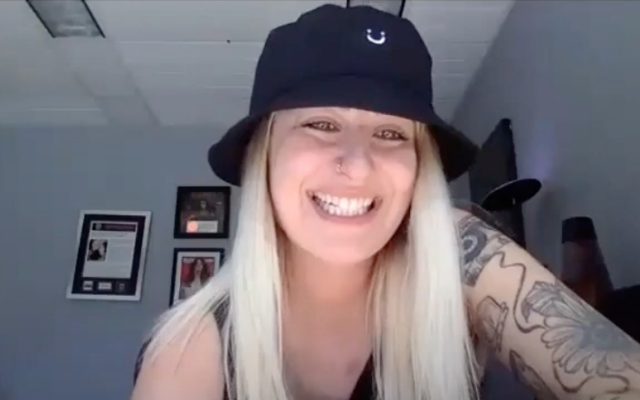 Report: Britney's doctors want her dad out of her conservatorship, too