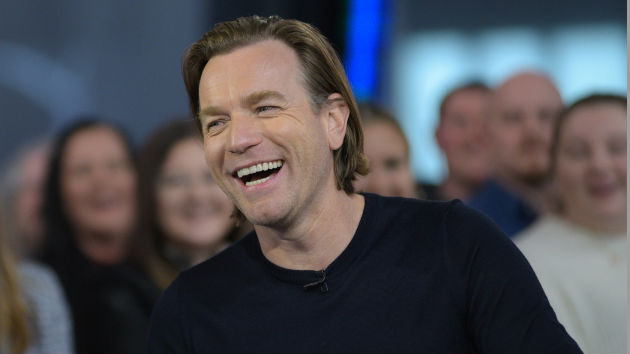 ABC/Paula Lobo(NEW YORK) — Ewan McGregor has played everything from a Jedi Master to a Disney prince, but the actor says his latest role as a villain in Birds of Prey delivers a powerful message that translates far beyond the movie theater.

McGregor told Good Morning America what it was like to be a part of the all-female superhero movie, which was written by a woman, was produced by and stars Oscar-nominee Margot Robbie, and was directed by Cathy Yan.

“It’s just about time, you know, for a female-driven superhero movie,” McGregor said. “I was proud to be a part of that.”

However, his on-screen persona, Roman — aka Black Mask — was the opposite. “He’s a misogynist,” McGregor said, adding, “the film deals with misogyny in a very extreme way,” and is “peppered with that sort of everyday misogyny that women have to put up with” from men.

“It’s a good message to put out there to remind guys that those days are over,” says McGregor.

McGregor will soon reprise his Star Wars role for a new Disney+ series centered on Obi-Wan Kenobi, which starts shooting early next year.

“There are scripts that I’ve read that are really good. They’re continuing to write on them to make them even better,” he said. “I’m excited about it.”

Since his last time on a Star Wars set was back in 2003 for Revenge of the Sith, McGregor said he’s been brushing up: “I’m reminding myself by watching their new films and The Mandalorian and stuff, which I really enjoyed.”

However, McGregor says of getting back into the swing of things, “I don’t think it’ll take two minutes. I’ll put the cloak back on and it’ll be there, I think.”