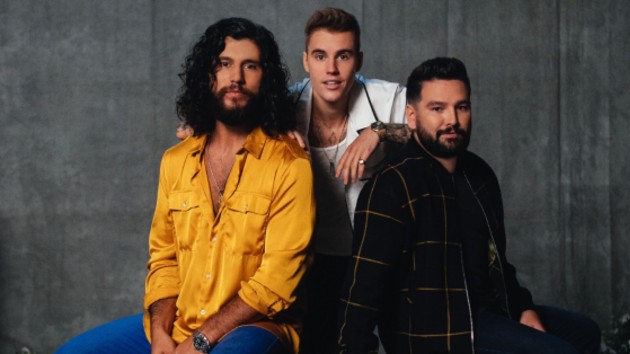 Catherine PowellJustin Bieber‘s having a pretty good week so far: His new single, “Yummy,” is number two on the Billboard Hot 100 and “10,000 Hours,” his collaboration with Dan + Shay, is at number five.  While “10,000” hours is a huge hit, the two acts have yet to perform it together onstage.  If Dan + Shay have any say about that, it will definitely happen.

“It would be awesome to do that song with Justin Bieber live somewhere,” Dan Smyers tells ABC Audio. “I’m not sure where or when, but we’ll make it happen for sure!”

As for how “10,000 Hours” came about, Shay Mooney tells ABC Audio, “We’ve been a fan of [Justin’s] for a long time and he loves country music and so does his wife.”

So after they wrote the song, Shay says, “We thought, ‘Man, let’s just throw a Hail Mary and see if we can get Justin the song, [and] see if he likes it.’ And we sent it over and he loved the song, and I think his wife did, too. So that definitely helps!”

It’s no wonder. As Shay notes, “We wrote that about our wives and [we’re] in a very similar place: We’re married now and so is he.  And we all resonated with the song.”

Shay also says the duo weren’t worried about their country fans accepting a collaboration with Justin.  “We think that we know our fans pretty well…we knew that they would definitely like that song. We hoped they would,” he laughs.

“And putting out that song has just been a game changer. You know, it’s another level for us…seeing ‘Dan and Shay with Justin Bieber’ is a ‘pinch-me’ moment. So, yeah, we’re feeling very lucky to be on that song with him.”