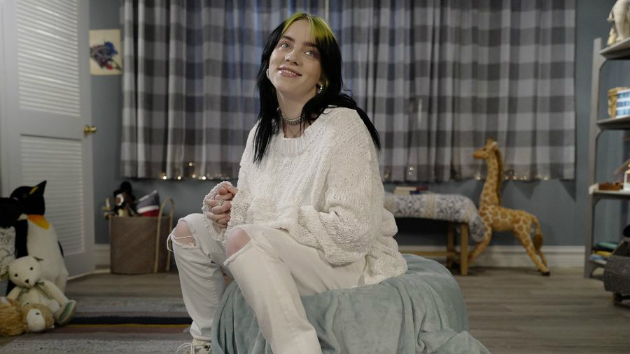 ABC/Randy HolmesConfirmed: Billie Eilish will indeed be singing the theme song to the upcoming new James Bond film, No Time to Die.

Eilish co-wrote the original track with her brother, Finneas, with whom she recorded her gigantic debut album, WHEN WE ALL FALL ASLEEP, WHERE DO WE GO? At 18 years old, the “bad guy” singer is the youngest artist to perform a Bond theme song.

“It feels crazy to be a part of this in every way,” Eilish says in a statement. “To be able to score the theme song to a film that is part of such a legendary series is a huge honor. James Bond is the coolest film franchise ever to exist. I’m still in shock.”

No Time to Die, the 25th Bond film and the fifth starring Daniel Craig as the iconic British spy, hits U.S. theaters April 10.