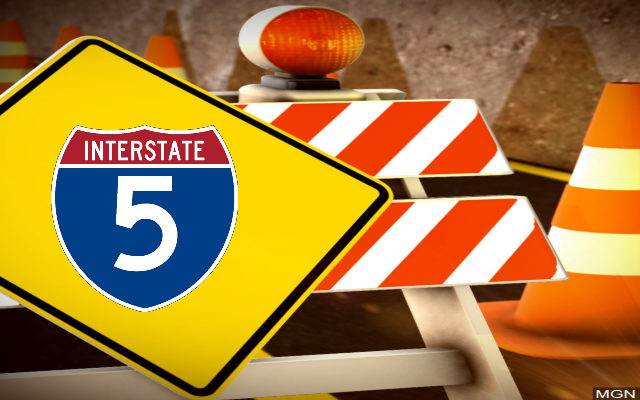 PORTLAND, Ore. — Drivers headed to Swan Island will have to detour off Interstate 5 for the next two weeks as the Oregon Department of Transportation installs electronic signs on the freeway in North Portland.​​​​​​​​​​​​

The southbound exit at Alberta Street (exit 303) is closed until this Sunday night at 9:00pm.  To access Swan Island, ODOT recommends taking the Rosa Parks exit. 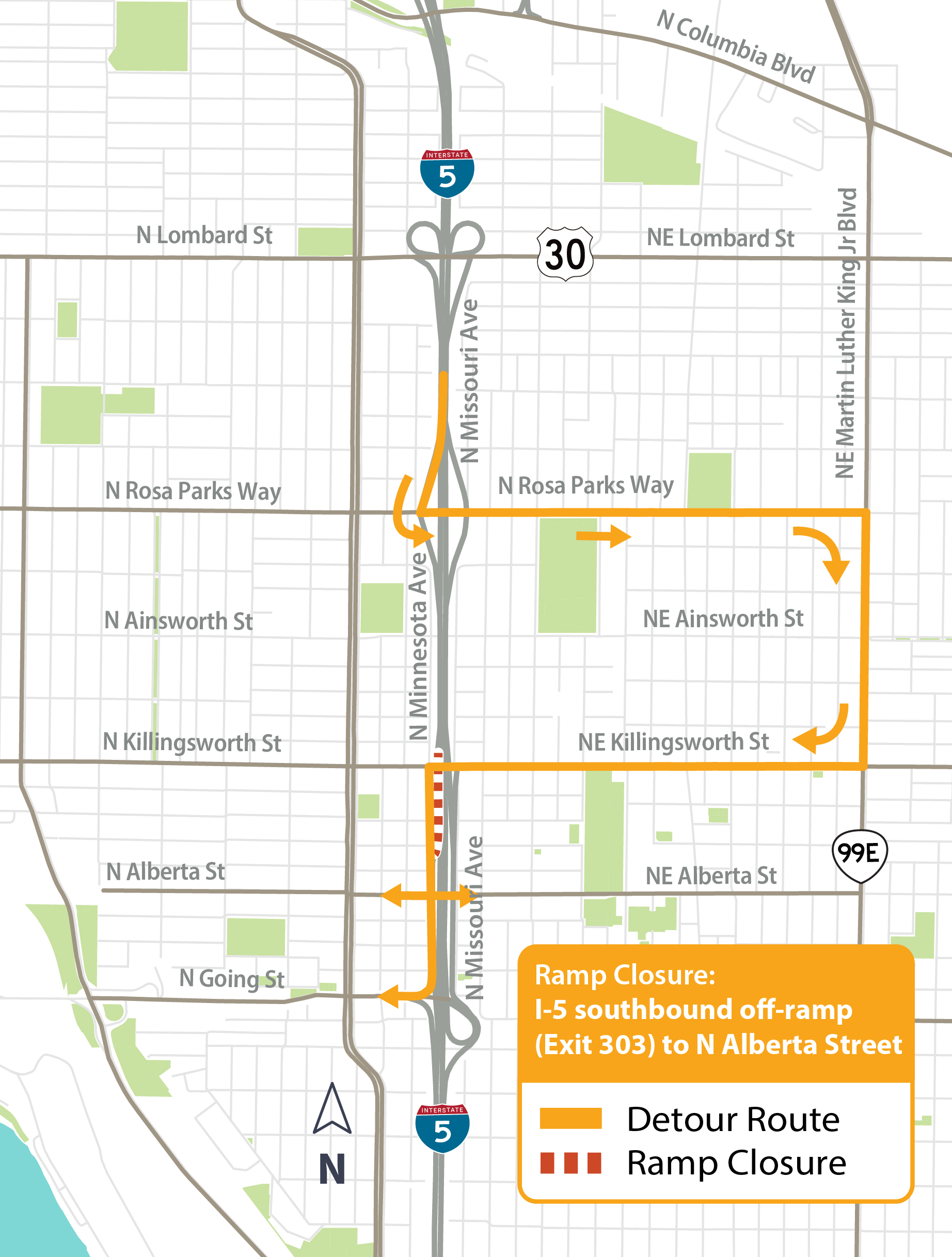 There will also be lane closures starting as early as 8pm and crews could close the freeway entirely at any time between midnight and 4:30am.

After the southbound work wraps up, the closures will shift to I-5 northbound next week.  The northbound off-ramp at Alberta closes Sunday, January 12th at 9:00pm through January 19th.

The signs will be installed in seven locations between Marine Drive and Interstate 405. 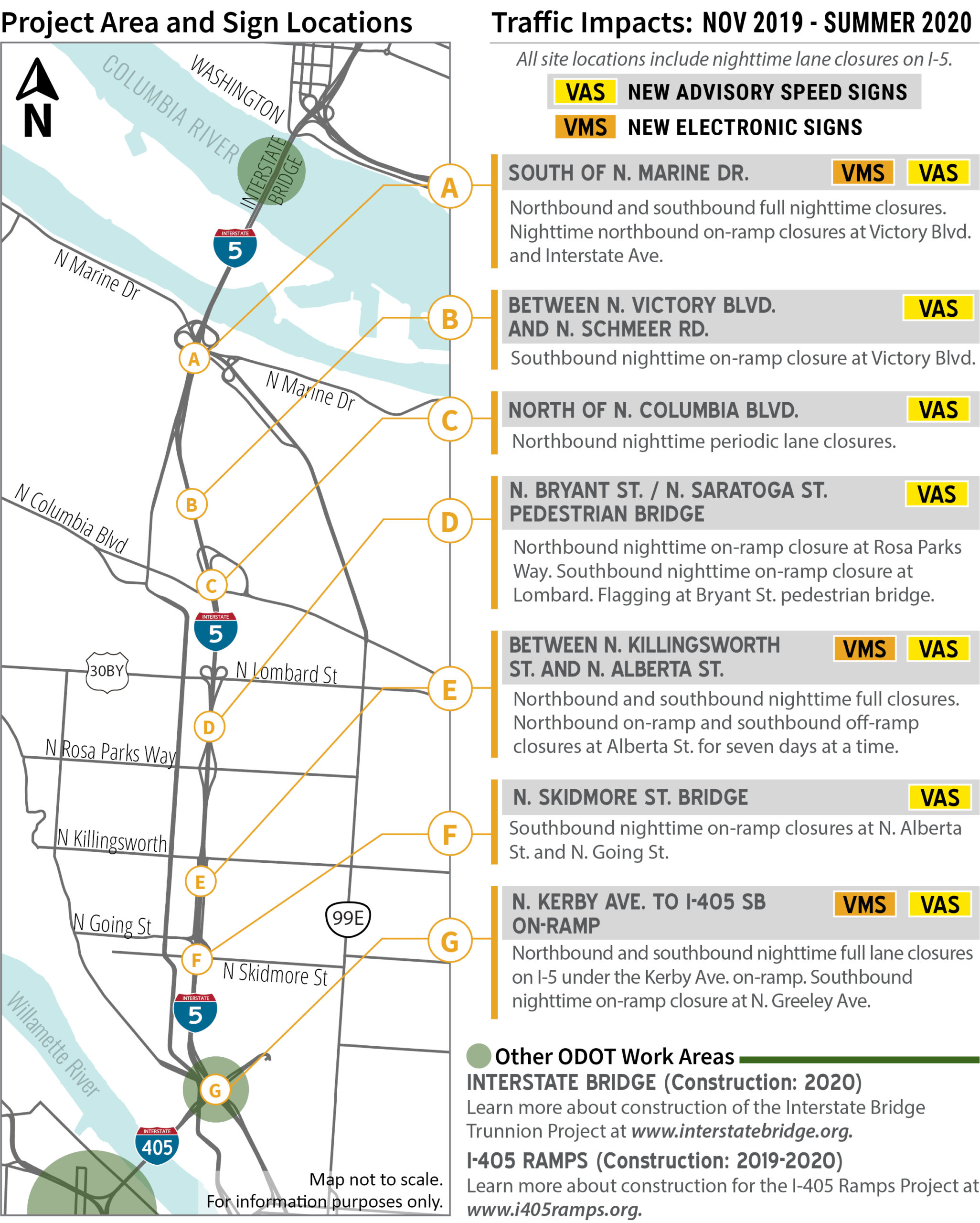