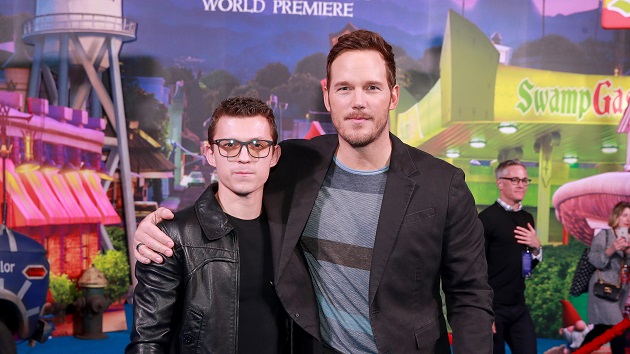 Onward stars Tom Holland and Chris Pratt star as the Lightfoot brothers Ian and Barley, respectively, who are gifted a magic staff that can bring back their father, who they desperately want to meet as he died when they were too young to remember him.

However, there’s a 24-hour limit to the spell, so the brothers need to make every moment count.

The two also learn through a series of trial and error that the staff is capable of performing other magic spells, as well.

Pratt, while walking the blue carpet on Tuesday, was asked by ABC Audio what he’d do if the magic staff ever fell in his hands.  His answer was quite surprising.

“I would just, like, clean up the pollution,” Answered a serious Pratt.  “I’d just get rid of the crap and the plastic in the oceans and, you know, make the environment better.”

He also added that by using the staff, he’d also “stop forest fires.”

However, it’s not Pratt’s character Barley who the magic staff is given to.  It’s actually handed to Holland’s character, Ian, upon his 16th birthday.

While the staff certainly makes Ian’s sweet 16th one to remember, Holland revealed on the blue carpet that it wasn’t the presents that made his 16th birthday memorable.