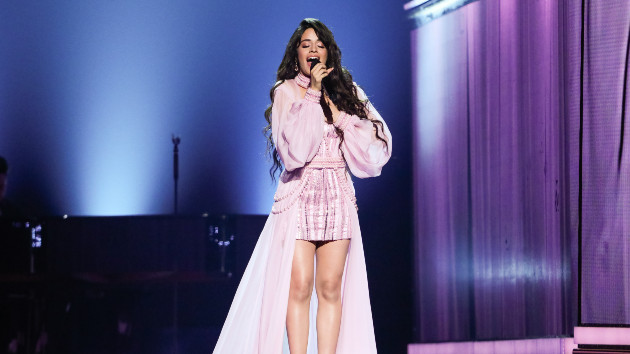 Monty Brinton/CBS Not everyone can win a Grammy, but at least Grammy performers can all enjoy a sales bump thanks to the show.

Billboard reports that according to Nielsen Music/MRC Data, sales of the songs performed on the show grew collectively by an average of 266% on January 26, Grammy night, as compared to the previous day.

Some of the biggest individual gains went to Camila Cabello — whose emotional song about her dad, “First Man,” received a 740% bump to 3,000 downloads up from a negligible sum — and the night’s big winner Billie Eilish, who saw sales of the song she performed, “when the party’s over,” spike 787% to 2,000 from a negligible sum.

But the most massive gain was for DJ Khaled’s “Higher,” featuring the late Nipsey Hussle and John Legend.  The song was performed during an all-star tribute performance to Hussle, who was murdered last year, and its sales increased 9,044%, from a negligible amount to 1,000.

Other songs that received significant sales bumps included Lizzo’s “Truth Hurts,” Alicia Keys’ “Underdog,” Lewis Capaldi’s “Someone You Loved,” and the Jonas Brothers’ “What a Man Gotta Do.”