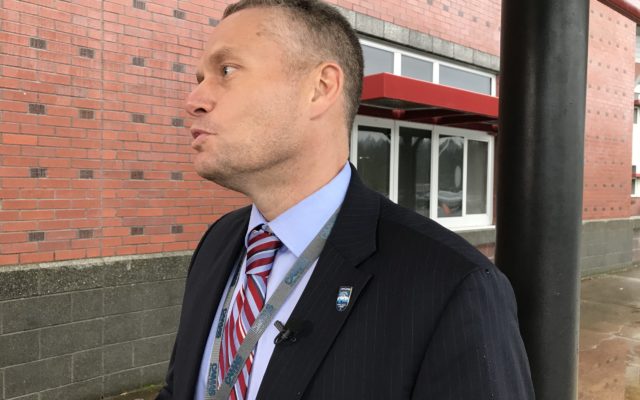 Students at the school planned to walk out Wednesday afternoon in protest of the post. But due to online threats, the walkout was postponed to Thursday. It’s scheduled for 1:04 p.m. tomorrow. Snell told parents that Camas police and additional staff would be on campus because of the online threats.
A little over 1,000 students, nearly half of the student body at Camas High School, were absent on Wednesday.

Liza Sejkora posted to her personal Facebook page: “Not gonna lie. Seems to me that karma caught up with a rapist today.”
The rapist reference alludes to a 2003 sexual assault case against Bryant.
Ultimately charges were dropped and he later settled with his accuser out of court.

Camas School District Superintendent Jeff Snell says about the post “I don’t support it. It’s hard for me to understand it.”