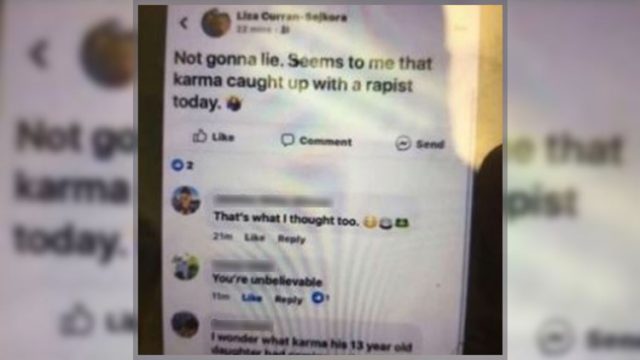 (AP) – A high school principal in Washington state who was on administrative leave for suggesting in a personal Facebook post that NBA superstar Kobe Bryant’s death was deserved has resigned. On the day Bryant died, Camas High School Principal Liza Sejkora wrote that “karma caught up with a rapist today.” Bryant was accused of raping an employee at a Colorado resort in 2003. Prosecutors dropped a sexual assault charge at the accuser’s request. Sejkora apologized and removed her post, but the Camas School District said it put her on leave because of threats and community concern. Her resignation was announced Friday. Bryant, his daughter and seven other people were killed in a helicopter crash.