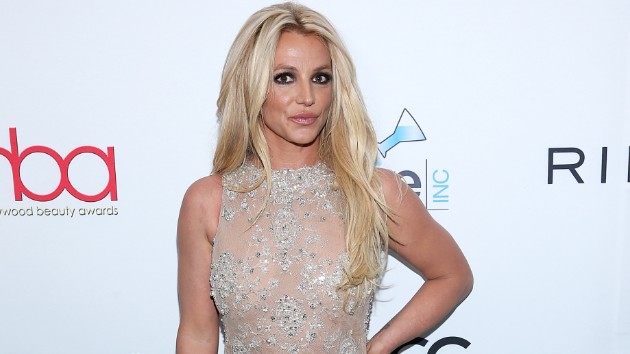 Phillip Faraone/FilmMagicEver since the New York Times unauthorized documentary Framing Britney Spears was released, fans have been wondering if Britney will speak publicly about it.

Now, sources tell Entertainment Tonight that the singer has been loving the support she’s received since the doc came out, and is actually contemplating opening up about her side of things.

“Britney has considered speaking out about her past, mostly because she doesn’t feel others should tell her story,” the source says. “She’s always hated doing interviews but if she ever takes that step, Oprah would most likely be her first choice.”

Following her bombshell interview with Prince Harry and Meghan, many fans began clamoring for Oprah to interview Britney next, but the source adds that nothing has been decided yet.

“At this point, there is no plan in the works for her to do an interview but when she does, there will be steps Britney would need to take before speaking out,” the source says.

The insider adds all the love and support from fellow celebrities and fans has really lifted Britney’s spirits.

“Britney has been much happier lately and those closest to her feel it’s because she’s received such tremendous support from her fans,” the insider tells ET. “The release of the documentary has inspired an outpouring of more love than ever.”

“While she hasn’t been able to make changes to her conservatorship, she’s received millions of messages from fans on social media and she feels far more understood,” the insider adds.

Washington State: Starting July 4th, If You’re Collecting Unemployment, You Must Be Searching For A Job