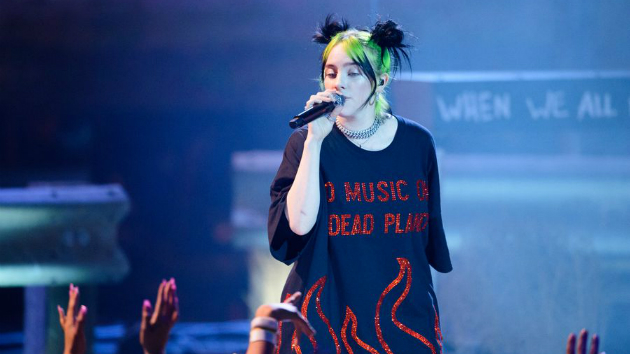 ABC/Image Group LAJames Bond may have No Time to Die, but you have exactly one day to prepare for Billie Eilish‘s new song.

The “bad guy” singer’s theme for the upcoming Bond film will officially drop Thursday, February 13 at 4 p.m. PT.  The social media announcements also tease what the song may sound like, with 13 seconds of pensive piano music.

Eilish wrote the song, also called “No Time to Die,” with her brother, Finneas, with whom she recorded her gigantic, Grammy-winning debut album, WHEN WE ALL FALL ASLEEP, WHERE DO WE GO? At 18 years old, Billie’s the youngest artist to write and perform a Bond theme song.

No Time to Die, the 25th Bond film and the fifth starring Daniel Craig as the iconic British spy, hits U.S. theaters April 10.