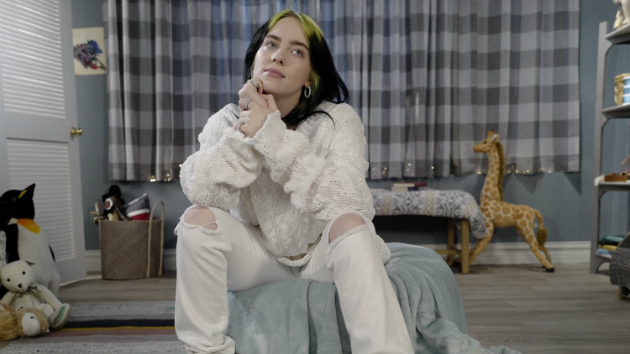 ABC/Randy HolmesDespite shattering records at the Grammy Awards and being the youngest artist to record a Bond theme song, Billie Eilish is still an 18-year-old girl — something that trolls seem to forget.

On Tuesday, the “bad guy” singer won Best International Female Solo at the BRIT Awards and tearfully opened up about being bullied.

“I’ve felt very hated recently…and when I was on the stage and I saw all you guys smiling at me, it genuinely made me want to cry,” revealed Eilish as she was nearly overcome with emotion during her acceptance speech.

This wasn’t the first time the 18-year-old opened up about online harassment.  Earlier that day, while speaking to the BBC, Eilish candidly revealed that the incessant abuse online was “ruining my life.”

The singer, who has over 54 million Instagram followers, said the bullying intensified after her historical night at the Grammys, where she became the youngest artist to sweep all four main categories.

“I stopped reading comments fully.  It’s way worse than it’s ever been right now,” revealed Eilish, adding that she isn’t happy about needing to adjust her social media habits because it makes it harder to interact with fans.

Mentor Justin Bieber says the increased hate makes him fear for Eilish. In an emotional Saturday interview with Zane Lowe on Apple Music Beats 1, the “Yummy” singer tearfully revealed that he wants to protect Eilish from crumbling under the same pressure he faced when his popularity skyrocketed.

“I don’t want her to go through what I went through. I don’t wish that upon anybody. If she ever needs me, I’m just a call away,” he revealed as he wiped away tears.

Eilish later shared the interview on Instagram alongside photos proving just how much his words meant to her.