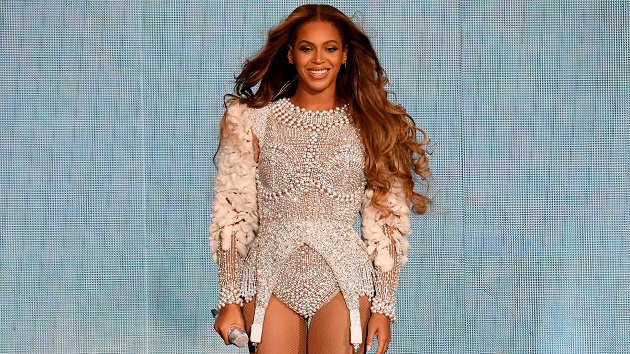 Another major celebrity feud is officially over.  Beyoncé quietly quashed her beef with Kim Kardashian by sending her an olive branch of sorts — in the form of a bright orange box filled to the brim with adidas x IVY PARK goodies.

Kardashian, 39, documented her surprise delivery on Tuesday by first posting a photo of the signature neon orange box to her Instagram stories.  “I can’t wait to see what’s inside,” sings the reality star as she reaches to undo the straps and reveal everything stuffed inside.

“There is literally the most amazing things in here,” gushes Kardashian as she rifles through the various outfits to figure out what she wants to try on first.

Obviously, the beauty mogul treated fans to a fashion show that showed off her Ivy Park favorites.  In a followup snap, Kardashian praises, “Congratulations @beyonce & @adidas on such a hugely successful launch.  I love everything and can’t wait to wear it all!!”

In the years leading up to sending over a symbolic olive branch, Bey and Kim’s relationship was rather tense.

In 2014, the “Formation” singer and husband Jay Z famously skipped Kardashian and Kanye West‘s wedding — which caused West to put the couple on blast multiple times during his Saint Pablo tour.

In addition, Beyoncé was dogged by rumors that, in response to Kanye’s rants, she had iced out Kardashian.

So, when Bey sent out her first round of Ivy Park activewear boxes to celebrities like Reese Witherspoon and Ellen DeGeneres, people were quick to mock the fact that Kim hadn’t received one.

Now, with a bright orange Ivy Park box nestled away at Kardashian’s home, fans take it as a sign that the two have finally buried the hatchet.