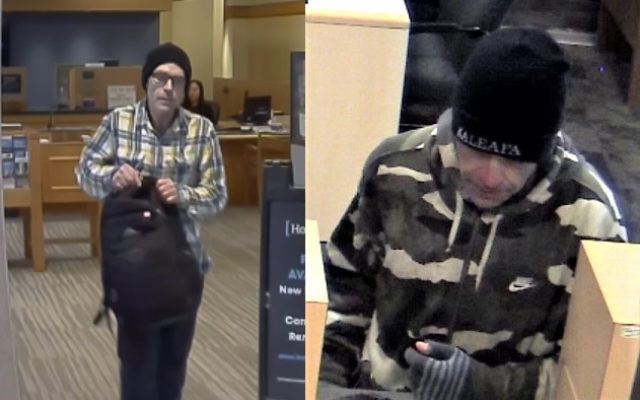 The suspect robbed the Bank of the West at NW Broadway at Flanders at 1:52, OnPoint Community Credit Union at 20th and West Burnside at 2:17, and another bank near Northwest 23rd and Burnside at 2:29pm.

He passed a note to tellers, but did not show a weapon.  The man changed his clothes between robberies.