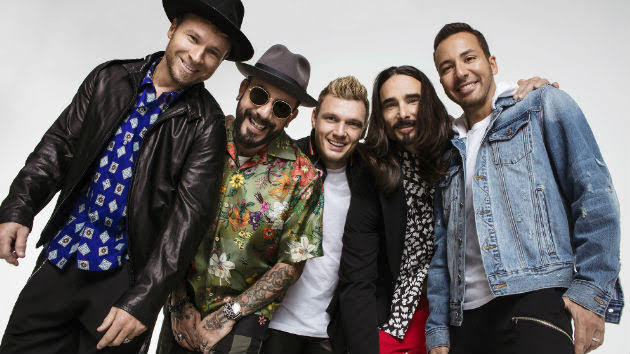 Dennis LeupoldThe Backstreet Boys are about to take Latin America by storm.

The group kicks off the next leg of their DNA World Tour in Mexico tonight, where they’ll play six shows before heading to South America to see fans they haven’t seen in years.

Backstreet’s Howie Dorough says he anticipates the fans will be extra enthusiastic being that the group hasn’t toured some of these places in a while.

“They don’t get to see us as often as, you know, here in America…,” he tells ABC Audio. “So there is a craze that goes on over there. That brings an energy level. That’s just a level I can’t even fathom.”

Howie adds, “I can’t wait to see what’s going to happen in South America. The South Americans, they really have some passion. Like it’s gonna be interesting to go to Mexico and for the first time we’re going to Costa Rica.”

The Latin American leg of the tour will hit Colombia, Chile, Argentina, Uruguay, Brazil and more, wrapping March 15. BSB will then head to New Zealand and Australia in May.