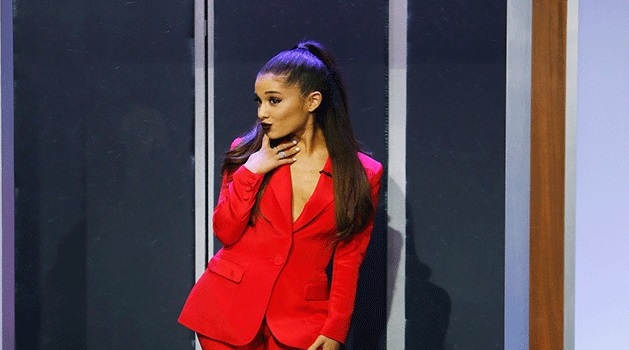 ABC/Randy HolmesAriana Grande has been slapped with a lawsuit by a hip-hop artist who claims Ariana’s lifted the chorus to her hit “7 Rings” from one of his songs, according to court papers obtained by Variety.

Josh Stone, who performs under the name DOT, alleges he shopped a song he wrote and recorded in 2017, “You Need I Got It,” to music industry executives, one of them Grande’s frequent collaborator, producer Tommy Brown.

The suit also states that two forensic musicologists who analyzed the choruses of each song found that “Literally, every single one of the 39 respective notes of ‘7 Rings’ is identical with the 39 notes of ‘I Got It’ from a metrical placement perspective.”

“Said another way, the rhythm and placement of the notes and lyrics are identical,” adds the complaint.

The suit also names Universal Music Corp., along with many other defendants, according to Variety.

Grande has five nominations at the 62nd Annual Grammy Awards, airing January 26 on CBS, including two for “7 Rings.”