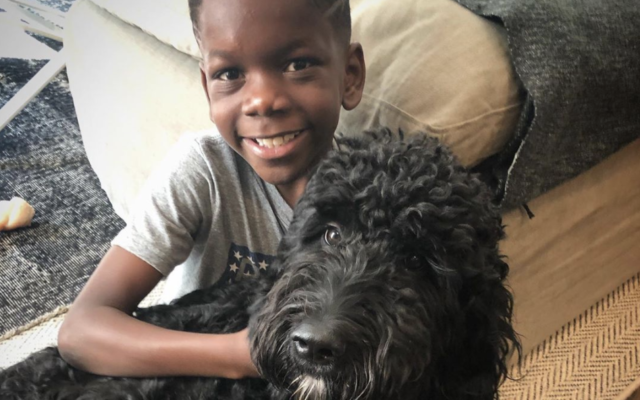 Amy often talks about her kids on The Bobby Bones Show, sharing their achievements and things happening in their lives. They haven’t really cared about how Amy shares the stories, until recently.

Her son decided that he no longer wants his name to be used on the radio. He told Amy that he doesn’t mind the stories involving him being shared, but he no longer wants to go by his name. Instead, he just wants to be known as “Amy’s son,” or she can call him “my son.” When Amy asked what changed, he didn’t really share a reason.

But she suspects that it has something to do with people at his school listening to the show. When Amy’s daughter Stachira heard the conversation, she told her mom that she doesn’t care at all, and Amy can keep calling her by her name for radio stories.

This isn’t anything new to the show, as many know Eddie calls his kids Eddie Jr, and Eddie Jr Jr, while Lunchbox calls his kids Baby Box 1 and Baby Box 2 to protect their privacy, respectively.