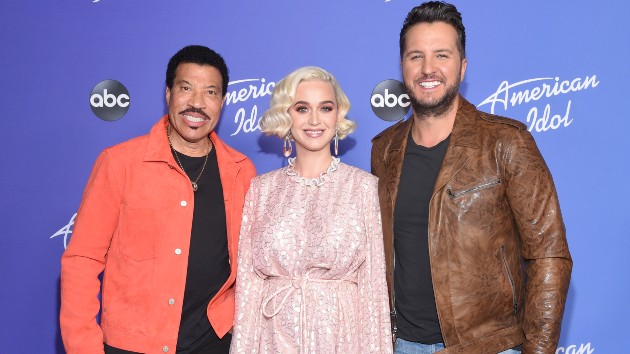 ABC/Stewart CookAmerican Idol returns for its third season on ABC this Sunday night.  Judges Katy Perry, Lionel Richie and Luke Bryan are also back, deciding which contestants get that Golden Ticket to Hollywood.  They also shared all the mistakes contestants make during auditions — and the best way to impress them.

Don’t audition with one of the judges’ hits.
Luke says “performing one of our songs” will turn them off immediately. Katy adds, “Uh-huh! Thinking that’s going to get them through, as though we’re just so…buyable!”

Don’t change up a well-known songs so it’s unrecognizable.
“Another [mistake] is when they take a classic and…do something weird with it,” says Luke, recalling one contestant who took Paul Abdul’s “Straight Up” and, as Katy puts it, “Jack Johnson‘d it.”

Don’t show up with a furry friend.
“Don’t bring your your pet,” warns Luke.

Don’t perform a fast song or a Beatles song.
“Anything that’s too upbeat…they think they’re being cool,” Katy advises. And Lionel says Beatles songs are no good: “They don’t “allow [contestants] to stretch out…we don’t hear their voice, so we have to ask for another song.”

Do stay humble
“Come in modestly and choose a great song that fits your voice, that pulls at our heartstrings,” says Katy. “Have some presentational look, but just, like, come in there with great talent and willingness to learn.”

Do be everything.
“It’s basically called, ‘Bring the whole package to the table, if you can,’” says Lionel.