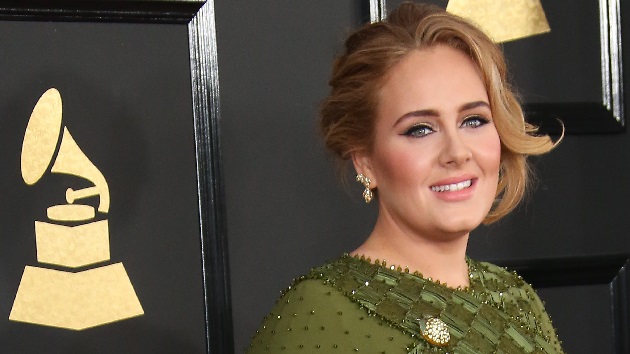 Dan MacMedan/WireImageThanks to eagle eyed fans who stalk Adele‘s YouTube page, it seems the “Hello” singer is, well, getting ready to say “Hello” to the next chapter in her music career.

Adele’s official YouTube channel boasted a whopping 12 videos until Sunday when fans noted that number rose by one more, meaning that the singer might have uploaded a video and set it to private.

An Adele fan Twitter account took a screenshot of her YouTube on Monday and counted out the videos to make sure their eyes weren’t playing tricks on them.  “A new video was uploaded today on Adele’s official YouTube channel. The video is not publicly available,” the Adele Daily account teased.

Rumors that the “Send My Love (to Your New Lover)” singer is dropping a new album sparked on Thursday when Adele’s manager Jonathan Dickens told Music Week that fans should expect new music sometime this year.  Dickens coyly added, “and the sooner the better.”

With a new video added to Adele’s YouTube, it seems fans might not have to wait too much longer.

The album’s name is rumored to be 30, which will be the official followup to Adele’s 2015 RIAA-certified 11x Platinum album 25.