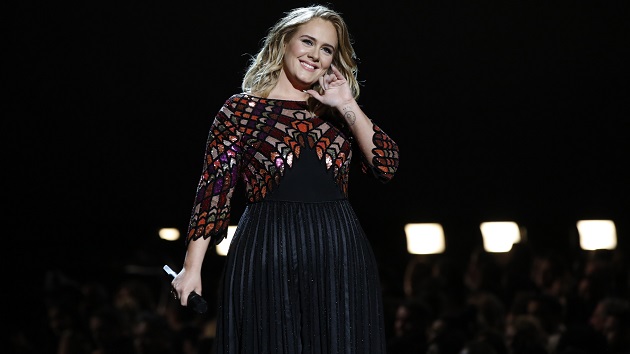 Monty Brinton/CBS via Getty ImagesAdele revealed some news about her highly anticipated new album over the weekend.

In footage captured over the weekend, the singer was seen performing at her friend Laura Dockrill‘s wedding to musician Hugo White.

While onstage, the chart-topping singer told the crowd, “Expect my album in September.”

She was also caught performing her hit 2010 song “Rolling in the Deep” and a cover of the Spice Girls’ famous hit, “Spice Up Your Life,” among other songs. The footage later was widely shared across social media.

Adele’s upcoming album will be her fourth studio album, the follow-up to her 2015 album, 25.

She’s maintained a relatively low profile as of late and did not share any footage from the wedding on her own social channels.

A representative for Adele had no comment to ABC News on the reported upcoming album.