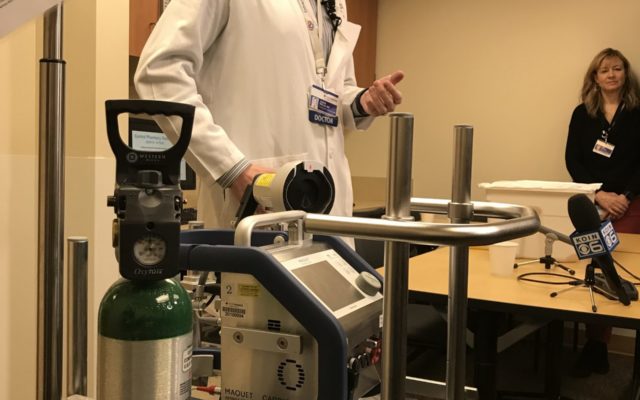 Portland Ore – It’s shaping up to be the worst flu season we’ve seen in a decade, and doctors say numbers are still rapidly climbing.

Eric Valencia, an otherwise healthy 32-year-old, is now fighting for his life in Portland.

Providence Dr. Jason Wells says Eric developed a complication with the flu that resulted in pneumonia.

The doctor says an ECMO device is keeping Eric alive. But he’s still in critical condition.

He also says this is just one of dozens of cases of the flu that have resulted in hospitalization.